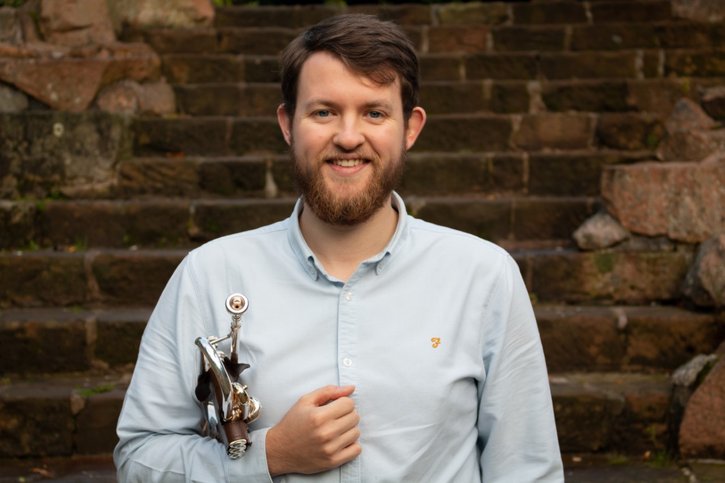 Lloyd was born and raised in the town of Bonnyrigg, Scotland and is now the 5th generation of brass players in his family, with his great uncles playing with the local Polton Mills Brass Band around 1880.

Lloyd went on to study at the Royal Conservatoire of Scotland in 2013, receiving tuition from John Gracie, Peter Franks, Sandy McGrattan and Mark O’Keefe.

After graduating, Lloyd took up teaching posts with East Renfrewshire Council as a brass instructor and Hutchesons’ Grammar School where he was the trumpet instructor. Lloyd is also a project worker for The Living Memory Association, undertaking a reminiscence based project on a history of Brass Bands in West Lothian. In between his project and his teaching, Lloyd also freelanced as a trumpet performer in Scotland, having worked with The Royal Scottish National Orchestra, The Scottish Concert Orchestra, The Orchestra of Scottish Opera and the Orchestra of Scottish Ballet. He also played in the 6 month run of Chicago at the Pitlochry Festival Theatre.

In summer 2019, Lloyd moved to Aarhus, Denmark where he started studying a masters degree at The Royal Academy of Music Århus with world renowned trumpet pedagogue, Kristian Steenstup.

Away from music, Lloyd is a season ticket holder with Hibernian Football Club and attends matches when he is back in Scotland.