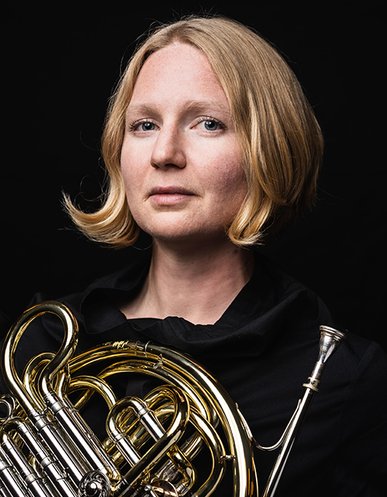 Since completing her primary studies under Markus Maskuniitty at the Hochschule für Musik und Theater Hannover and in the orchestra academy of the Bochumer Symphoniker, Jessica Hill has worked full-time under contract as Solohorn in symphony and opera orchestras throughout northern Germany and Scandinavia, including with Kungliga Hovkapellet Stockholm and most recently in Randers Kammerorkester. She is a regular guest of the Deutsche Kammerphilharmonie Bremen for international tours, festivals and recordings, as well as other leading chamber orchestras of Germany on both modern and historical instruments.

She is a founding member of the ℅ chamber orchestra (Berlin) a conductor-less ensemble dedicated to the (re)discovery of new and familiar works in alternative concert formats whose debut album Divertissement was recently released on the BIS label.